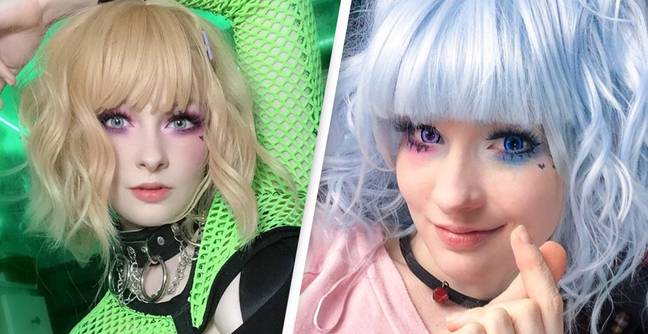 According to report reaching oyogist.com, a TikTok star has been charged with manslaughter after she allegedly shot and killed her close friend by accident.

Mary Anne Oliver-Snow, who goes by the handle ‘yandere.freak’ on the popular social media platform, is alleged to have accidentally shot and killed her friend Helen Rose Hastings on January 17.

Now the 23-year-old has been charged with manslaughter in connection to the incident which she claims was caused by mistake.

It was reported in court documents that Ms Oliver-Snow “did then and there unlawfully, recklessly cause the death of Helen Rose Hastings by pointing a handgun at the complainant and pulling the trigger.”

On January 17 the social media star invited over a group of friends, including Hastings, to her lavish home in Houston, Texas.

It is thought the group began drinking when Oliver-Snow decided to bring out the gun which was said to have been left at her home by her ex-boyfriend.

Although the internet star believed the gun wasn’t loaded at the time, the gun went off and Hastings died later that evening.

Police have stated Oliver-Snow has been cooperative with their investigation and provided a statement willingly.

Oliver-Snow later told the police that she had known Hastings since high school where the pair blossomed as friends and even lived together for a period when Hastings moved into her home “for a couple of months”.

The pair both shared the same love of Batman and cosplaying, which is the art of dressing up as fictional characters.

Following her death, a number of students at Oberlin College in Ohio, where Hastings was a freshman student, published a number of touching messages to the late student in the school’s newspaper.

Zach Gershon, who is also a freshman at Oberlin, told the paper: “Helen had this really bubbly, really energetic personality and a good sense of humour.”