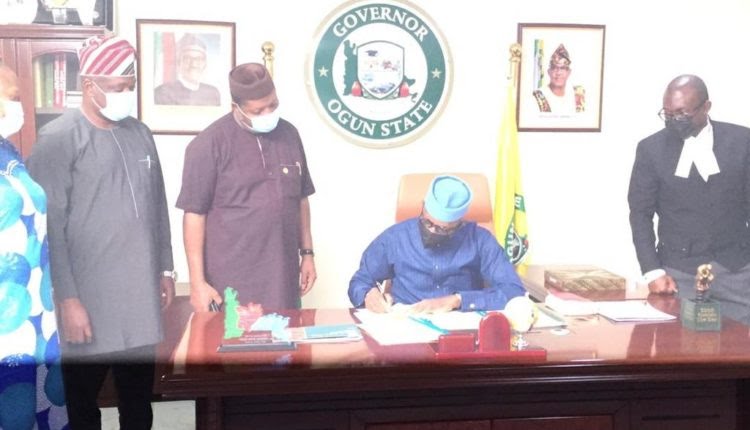 Abiodun assented to the bill which was passed by the Ogun State Assembly on July 8, 2021, at the Governor’s Office, Oke-Mosan, Abeokuta, on Thursday, 30th September.

The bill was signed into law in the presence of the Speaker of the State House of Assembly, Hon. Olakunle Oluomo and the State Attorney General and Commissioner for Justice, Mr Gbolahan Adeniran.

#BBNaija: Whitemoney reveals why he’s yet to get married