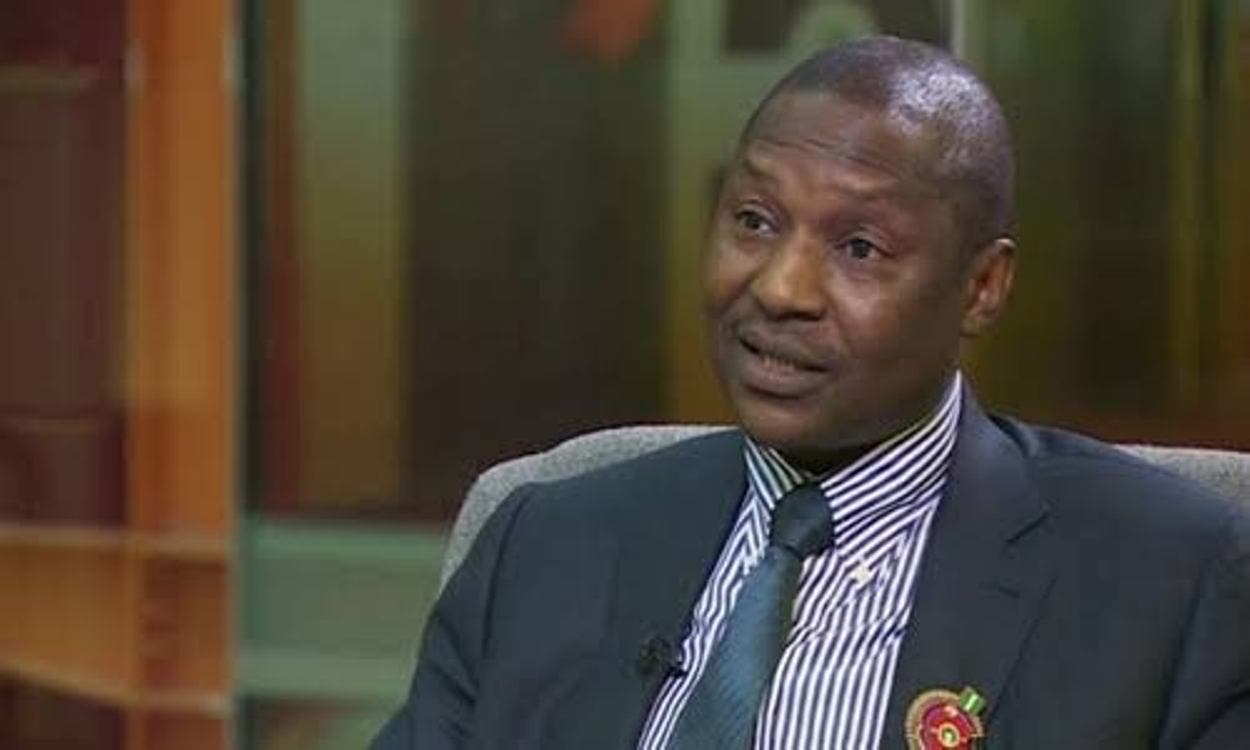 According to report reaching oyogist.com, the Attorney General of the Federation and Minister of Justice, Abubakar Malami (SAN), has denied releasing any suspected Boko Haram sponsor.

According to him, the report of the alleged release of 300 suspects is a ” misrepresentation of facts relating to the ongoing investigation of terrorism financing suspects in Nigeria”.

This was contained in a statement by the Special Assistant on Media and Public Relations, Office of the Attorney General of the Federation and Minister of Justice, Umar Gwandu, on Friday.

The statement was titled, ‘No Suspects of Boko Haram Financiers Released, your allegation spurious – Malami’.

It read, “The report of the alleged release of 300 suspects by the Honourable Attorney General of the Federation and Minister of Justice is a malicious misrepresentation of facts relating to the ongoing investigation of terrorism financing suspects in Nigeria.

“It is important to reiterate at this point that the fight against the menace of terrorism is an ongoing operation characterized by intelligence gathering, arrest, investigation, and prosecution.

“The contradictions in the story can best be understood from the point of the analysis of the affidavit that was said to have been procured by the online platform as deposed before a court in relation to the subject matter.

“By their own showing, the Office of the Attorney General has deposed to an affidavit on account of which an order of a Court was obtained, seeking for the continued detention of those financiers that were alleged to have been in custody.

“This, by implication, established that the matter is effectively submitted to the jurisdiction of the court.

“It is common knowledge that where a matter is submitted to a Court of law, it is only through the judicial process that any subsequent action can possibly be taken.

“The question then arising from the claim of the report is this: When was an application filed in Court by the office of the attorney general by which the release of the purported suspects was procured?

“It amounts to approbation and reprobation for the Office of the Attorney General of the Federation to, in one breath, obtain an order seeking for continued detention of the alleged financiers of Boko Haram and at the same time having them released.

“If the interest of the Office of the Attorney General of the Federation was to have the people released, the idea of approaching the Court for an order of the court seeking for extension or time to have them in custody couldn’t have even arisen in the first place.

“One needs to know by which communication or correspondence or application was their release procures since the matter is already pending before the court of Law, and they were taken to custody on account of Court order.

“It does not add up for the Office of the Attorney General of the Federation to procure the release of someone that has been in custody on account of Court order without approaching the Court. The public, in essence, is entitled to know which application was it that was subsequently filed to procure the release financiers.

“When was the application filed, before which court was it taken and which lawyer is it that has taken the application and where is the Court order on which account the release was effected?

“We are also amazed that an allegation of bribe-taking is made. The public is entitled to know who the originator of the bribery was. Who facilitated the giving of bribe? Who accepted or collected the bribe on behalf of the Attorney General? Who were the vendors and facilitators?”

“I ended my three-year relationship before BBNaija”– Saga reveals