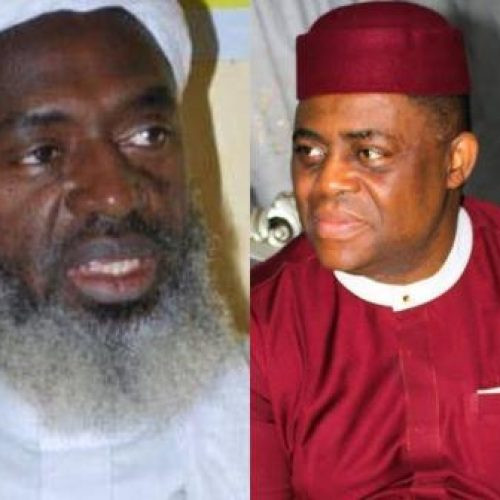 This is coming after FFK took everyone by surprise on Thursday, September 16, and joined APC few years after he swore he will never join APC and was received by the President at the State House, Abuja.

Reacting via his Facebook page, Gumi called FFK fake and a traitor.

”’Judasof OduduwaI have for long, neglected the rantings of the Judas of Oduduwa attacking me knowing fully well that he is fake and a traitor.

Time has now caught up with him and thanks to Allah, all his vituperations are cast in the dustbin of merciless history.

It is him now, one wonders which of the seven circles of hell this duper will settle if he doesn’t repent.”