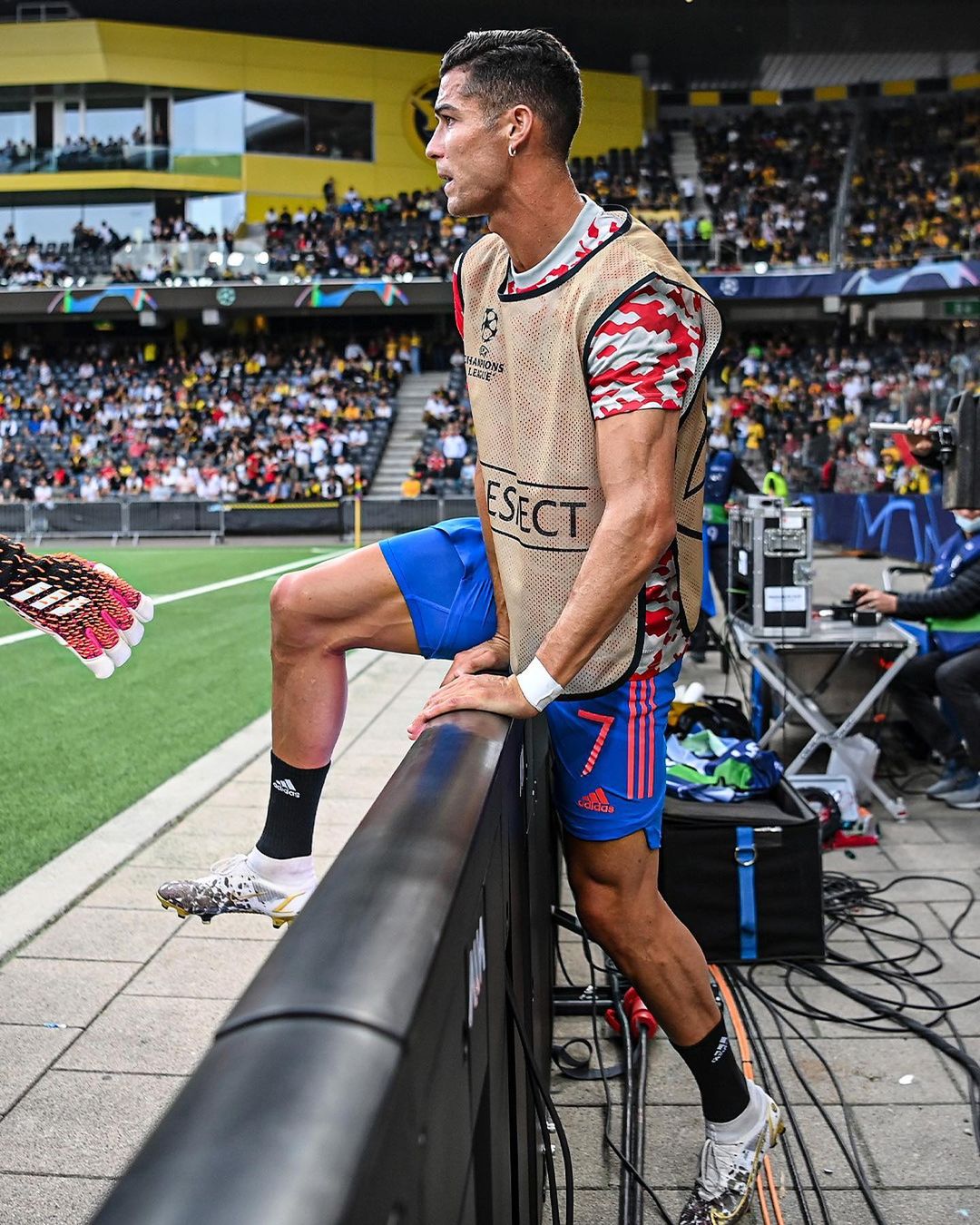 Oyogist has learned that Man United star player, Cristiano Ronaldo has been praised by many after he rushed to save a steward who got knocked out by his shot in training before the match.

According to Sources, Ronaldo jumped the barrier to check up on the steward while he received medical attention.

Upon reaching the scence, fans cheered him on as he stood firm towards the steward’s position.