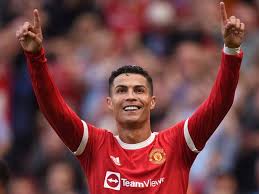 Oyogist has learned that Manchester United coach, ole Gunnar Solskjaer has disclosed that Cristiano Ronaldo won’t play every game for the club.

The reds would return to action on Tuesday as they battle Young Boys in the Champions League and Solskjaer said Ronaldo will be assessed before the Norwegian picks his team.

“The other thing with Cristiano is that he looks after himself so much so I know he will recover quickly. Of course, it’s important that we get everyone up and running and to get him up and running.” he said Further.

#BBNaija: How Nigerians voted Jay Paul, Jackie B Others