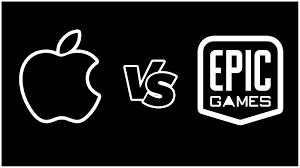 According to report reaching oyogist.com, a major ruling has taken place in the ongoing case of Epic Games v. Apple. Judge Yvonne Gonzalez-Rogers has ruled somewhat in favor of Epic Games and issued a permanent injunction against Apple, ordering that it allow app developers the option to include in-app purchase mechanisms in their apps and restricting it from punishing devs for doing so. This is a win for a major part of Epic’s overall case against Apple.

The ruling was passed down on Epic Games v. Apple in official documentation filed on September 10, 2021. In the full ruling, Judge Gonzalez-Rogers disagreed with both parties’ definitions of the overall market that was of central concern in the case.

“The relevant market here is digital mobile gaming transactions, not gaming generally and not Apple’s own internal operating systems related to the App Store,” the judge wrote.

Moreover, Judge Gonzales-Rogers ruled in this regard that while she did not find Apple to be acting monopolistic, she did find the company to be engaging in anti-competitive practices regarding the App Store. With this in mind, the Judge issued a permanent injunction barring Apple from prohibiting external links and payment methods circumventing the App Store.

The case is not over yet and Apple is likely to appeal the matter. However, it would appear that in the case of Epic Games v. Apple, the initial tide is turning for Epic Games and its argument against Apple’s anti-competitive practices.