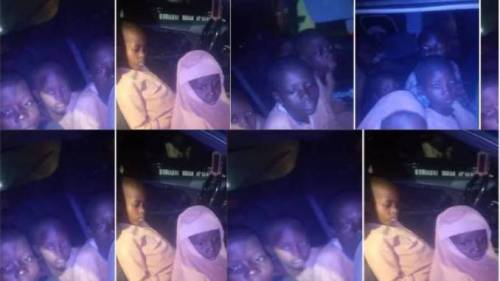 , the pupils described their ordeal as a terrible nightmare.

One of the victims, Furera Isah, while narrating their ordeal in the abductors’ den, said they were beaten every day throughout their stay with the kidnappers.

He also revealed that the abductors fed them with only rice and kunu.

Almost in tears, Isah said, “They beat us often. We were fed but only with rice and kunu. They would call us out in the night and beat us. We were never comfortable. They beat us every day, but they fed us three times a day with just rice and kunu, throughout the period we stayed with them.

“They called us to beat us every day, but they allowed us to say our prayers. Sleeping was also another problem. We slept in a shabby place under the rain and the sun
bandits
Share
0
FacebookTwitterPinterestLinkedinRedditWhatsappTelegramViberEmail