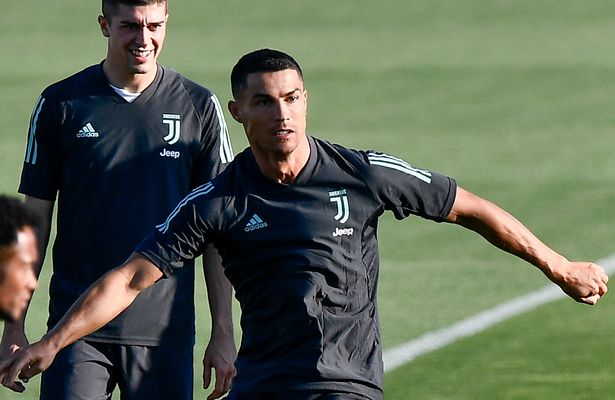 Juventus forward, Cristiano Ronaldo, had to leave training early today after sustaining an injury to his right arm.

Ronaldo’s future at the Serie A side remains uncertain.

The 36-year-old asked to be left on the bench for their league opener on Sunday, amid speculation he is trying to engineer a move away.

With just one week remaining in the summer transfer window, interested clubs must act quickly, but any injury may derail the possibility of a transfer.

Ronaldo was in training on Wednesday but had to be accompanied off the pitch by medics after damaging his right arm following a challenge from defender, Alex Sandro.

If the injury requires further treatment, then it could jeopardise any potential exit for the player.

BBNaija: “I will like to talk to a therapist”- Angel begs Big Brother