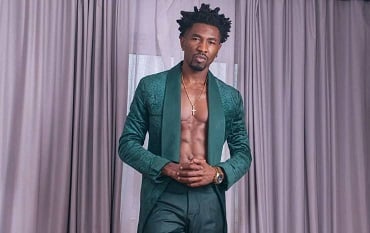 Big Brother asked Boma to choose a housemate to join him in the HOH room since HOH Maria is banned from using it for 2 weeks and he choose Jackie B.

Another twist came up in the house pertaining to the Nomination process.

Big brother has revealed to the new head of house, Maria that there will be no nominations for the week likewise,no public votes and no evictions.

Maria was however asked not to reveal the later part to her fellow housemates but was to make them believe that she has the power to evict two housemates who impress her the least this week on Sunday.

Maria seems to get her role perfectly well as she has being able to make the housemates believe her.

This new twist in the show will perfectly put the housemates in their best behaviours for week likewise making the show more interesting.