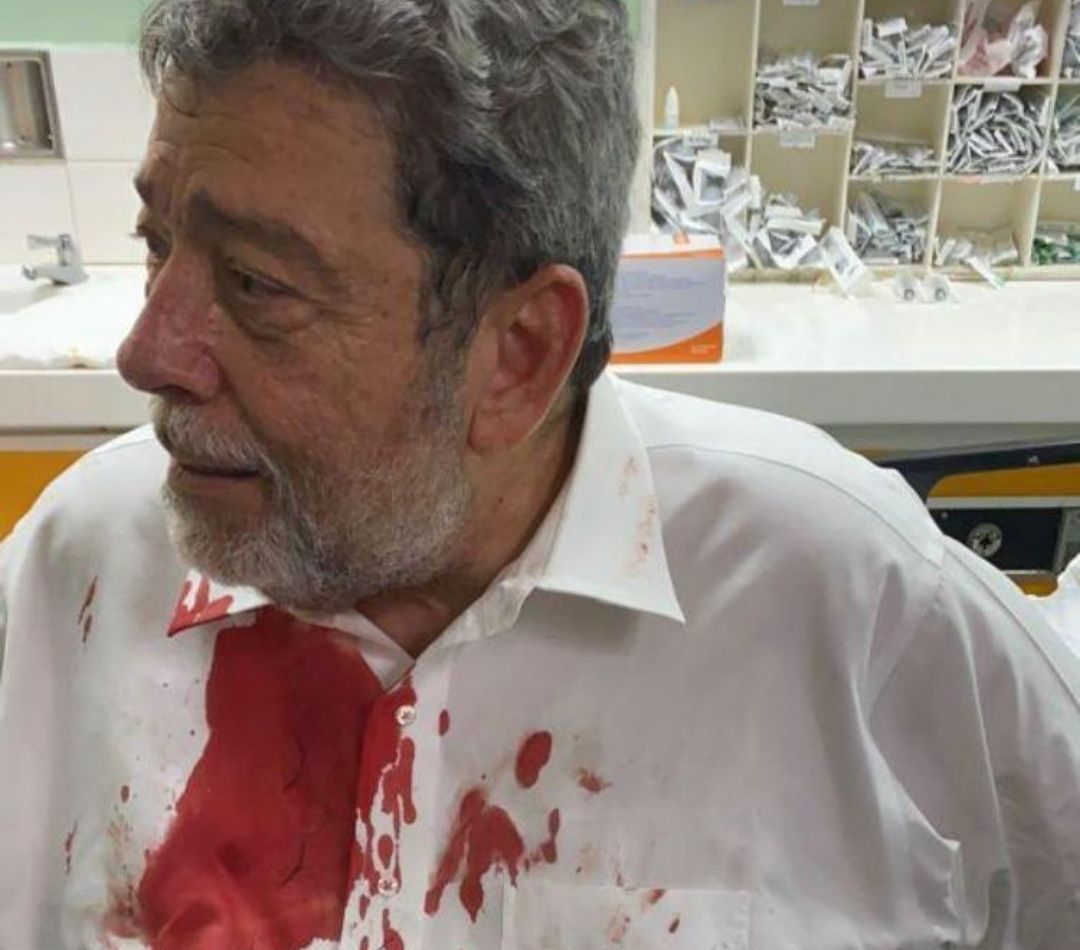 Oyogist has learned that prime Minister Ralph Gonsalves of the Caribbean country St. Vincent and the Grenadines was struck by a sharp stone like object while trying to subdue an Angry group of protesters.

He later received medical treatment for injuries, according to local media reports and images circulating online.

PM Ralph was walking through a group of protesters to the parliament when the incident occurred, reports said.

“I suspect it is not life-threatening, it is something that needs to be addressed by health officials,” said Sehon Marshall, a spokesman for Gonsalves, said in an interview.

“The Prime Minister bleeded profusely, Somebody hit him on the head with a stone!”an Eyewitness said.

#BBNaija: Jackie B reveals plan to kick Maria out of the show