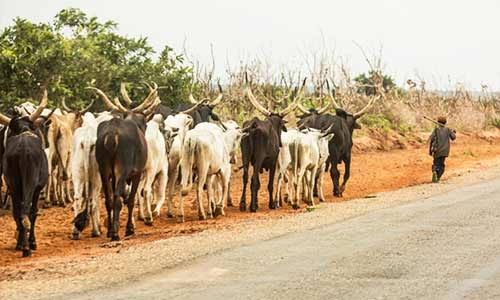 According to reports reaching Oyogist.com, Kastina Emirate Council has banned open grazing of animals within the Katsina metropolis and its surrounding communities.

is coming after the Federal Government’s has opposed to the ban on open grazing by Southern Governors in their meeting in Asaba Delta State, some months ago.

It came as Kaduna State government confirmed yesterday the death of 25 persons in renewed attacks on four communities of Kauru Local Government Area of the state by bandits, who also attacked some homes at Suleja, Niger State, abducting five persons, including two children.

The ban on open grazing in Katsina Emirate was contained in a statement signed by Wakilin Kudin Katsina, Alhaji Abdu Iliyasu, yesterday.

Iliyasu said the directive became effective from Tuesday, August 3, adding that machinery had been put in place for its effective implementation.

Spokesman for the Katsina Emirate Council, Mallam Iro Bindawa said he was out of town and could not comment on the development until he returned.

WHO Urges COVID-19 Vaccine Makers To Keep Prices Down