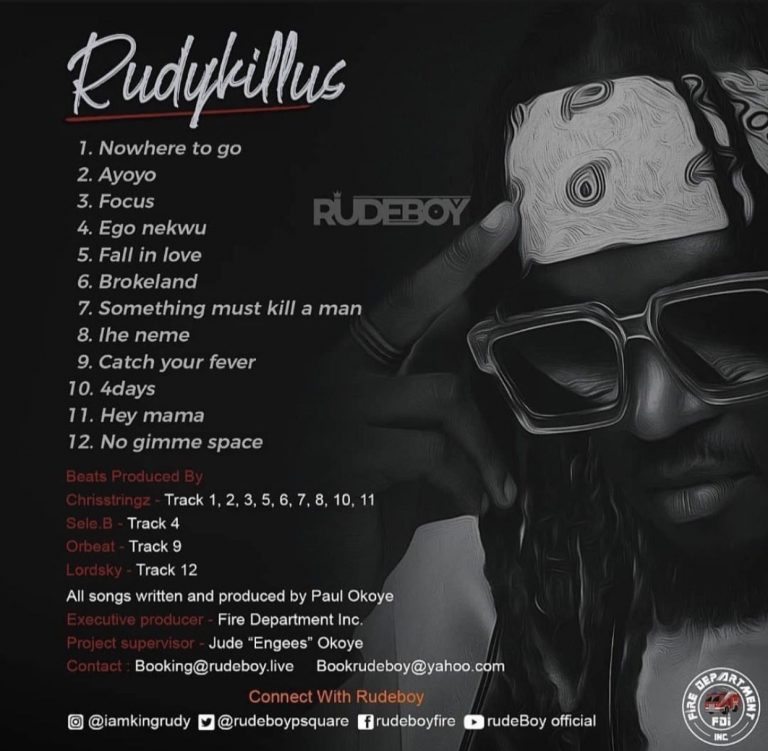 ‘Rudykillus’ has twelve tracks in total and has no featured artists.

This is Rudeboy’s first studio album as a solo artist. Although, the singe boasts of a good number of hit singles since his emergence as a solo act.

The Album production was handled by Chrisstringz, Selebobo, Orbeat, and LordSky.