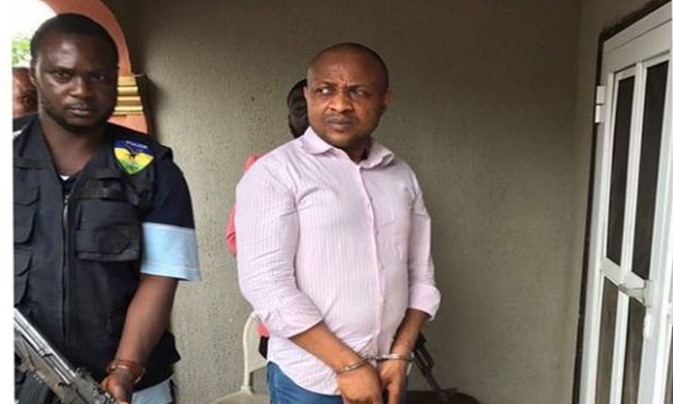 Oyogist has learned that Billionaire kidnapper, Chukwudimeme Onwuamadike popularly Identified as Evans has pleaded not guilty to the two-count charge of conspiracy and kidnapping brought against him and his five co-defendants.

Evans, through his defense counsel, Victor Okpara, denied all allegations of kidnapping levelled against him by the Lagos State Government, insisting he was a legitimate businessman who sells ornaments and Horlicks.

He further insisted that his nickname was not Evans and that he was coerced into admitting being a kidnapper after the police, in a bid to make him confess.

“I live at Fred Shoboyede Street, Magodo Phase II, Lagos.I am a businessman and I deal in ornaments and Horlicks.My lord, my name is not Evans and I don’t have a nickname,” he said.

He said prior to his arrest by the authorities, he had never met his five co-defendants, except for the day they were paraded as members of a kidnap syndicate by the police at Area F Police Command, Ikeja, Lagos.