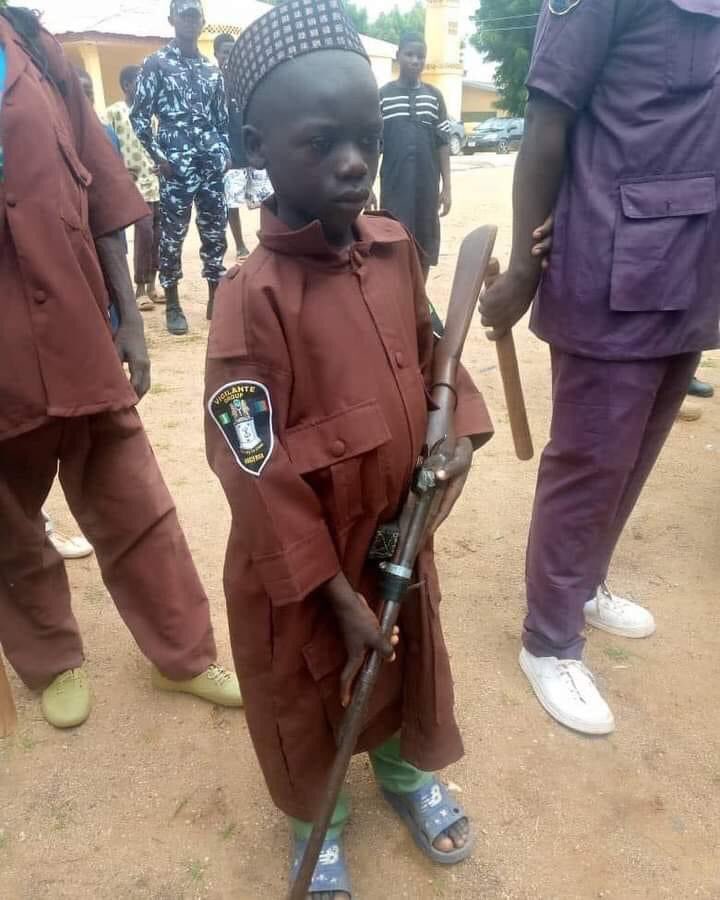 Nigerans on social media has condemned the enlistment of a little boy into a vigilante group set up to protect communities against bandits and insurgents in the northern part of the country.

The young boy Identified as Bello Abdulkadir, was recruited into a local vigilante in Katsina state.

The boy was said to have been trained in the handling of guns to be used for self defence.

Bello was then enlisted into the Safana vigilante in Safana Local Govenment Area of Katsina.A photo of the underage boy holding a gun surfaced online and sparked outrage.

However thousands of nigerans stressed that the young boy ought to be in school and not being trained to be on the battle field.

@honilatte_ said; Child soldiers too? There’s nothing impossible in the north.
@femistorystory wrote; This is the saddest thing I have seen in a while. No to child soldiers. No to child vigilantes. Hopefully the people who tolerated this can learn to fix this anomaly! Sad sad thing.
@wemimog1; Are kidding me? This one pass Child Soldiers. This one is Child Vigilante. Guinness book of records loading.
Katsina vigilantenigeria
Share
0
FacebookTwitterPinterestLinkedinRedditWhatsappTelegramViberEmail