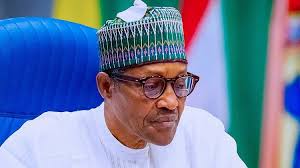 Oyogist has learned that Nigeria’s President Muhammadu Buhari has been appointed a special ambassador to Indian social media platform, Koo.

Buhari’s image was featured on the platform’s advert with the app promising to provide “exclusive updates from him only on Koo App!”

Within days of the Twitter ban, Koo was available on Apple and Google’s app stores as the home page of Koo shows an advertorial of Buhari as the face of the app in Nigeria and has triggered reactions.

A Civil Society Organisation, Center for Democracy and Development, CDD while reacting to this wrote;

“Its a shame the #TwitterBan has persisted till now, despite the economic disaster it has proven to be for youths who depend on #twitter for their livelihoods.For obvious reasons, we find this ad by #koo, another microblogging platform, both immoral and distasteful.KeepitOn”.

“Covid-19 may not likely be the last pandemic”- WHO