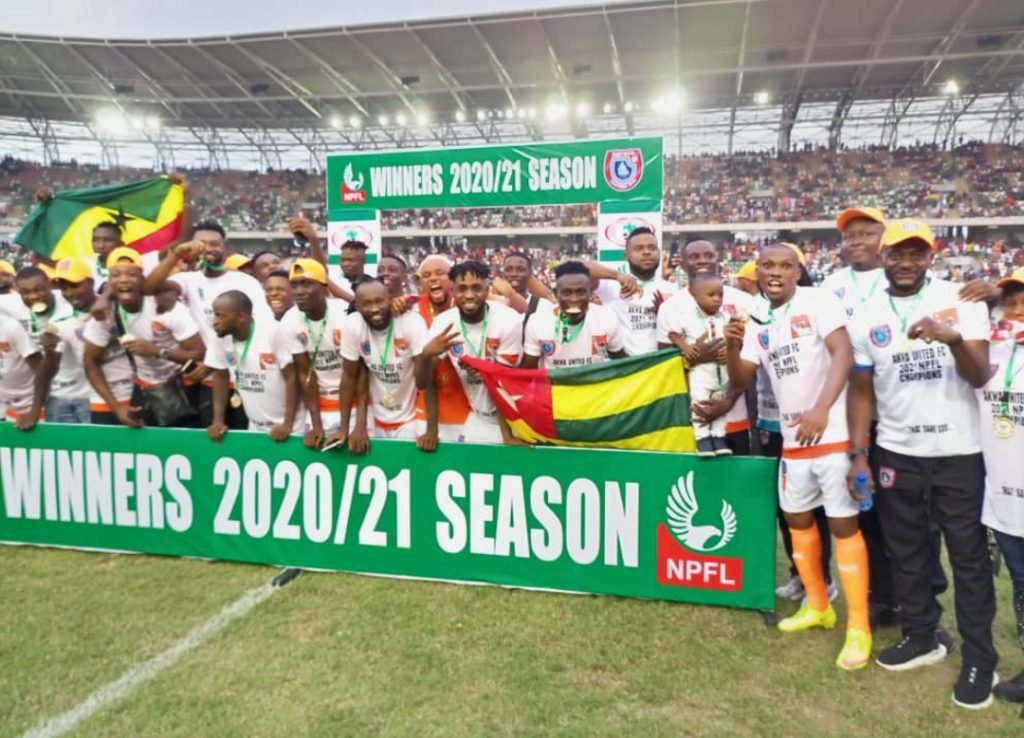 Akwa United have been crowned champions of the 2020/2021 Nigeria Professional Football League (NPFL) season, following their 5-2 win over MFM FC on Sunday.

The Promise Keepers have secured the title with one round of fixture left.

Charles Atshimene netted a hat-trick as the hosts crushed the Olukoya Boys, who have failed to win in eight games away from home.

The thrilling game sealed Akwa United’s position at the top of the NPFL table with 71 points after 37 matches.

They are now nine points ahead of second-placed Nasarawa United, who take on Enugu Rangers on Monday.

The triumph secured the Promise Keepers’ first-ever top-flight crown in their 25-year history and it is added to their trophy cabinet which has two FA Cups (2015 and 2017) and the Nigeria Super Cup (2016).

“Covid-19 may not likely be the last pandemic”- WHO

BBNaija: “I knew Maria was the Wild card”- Whitemoney