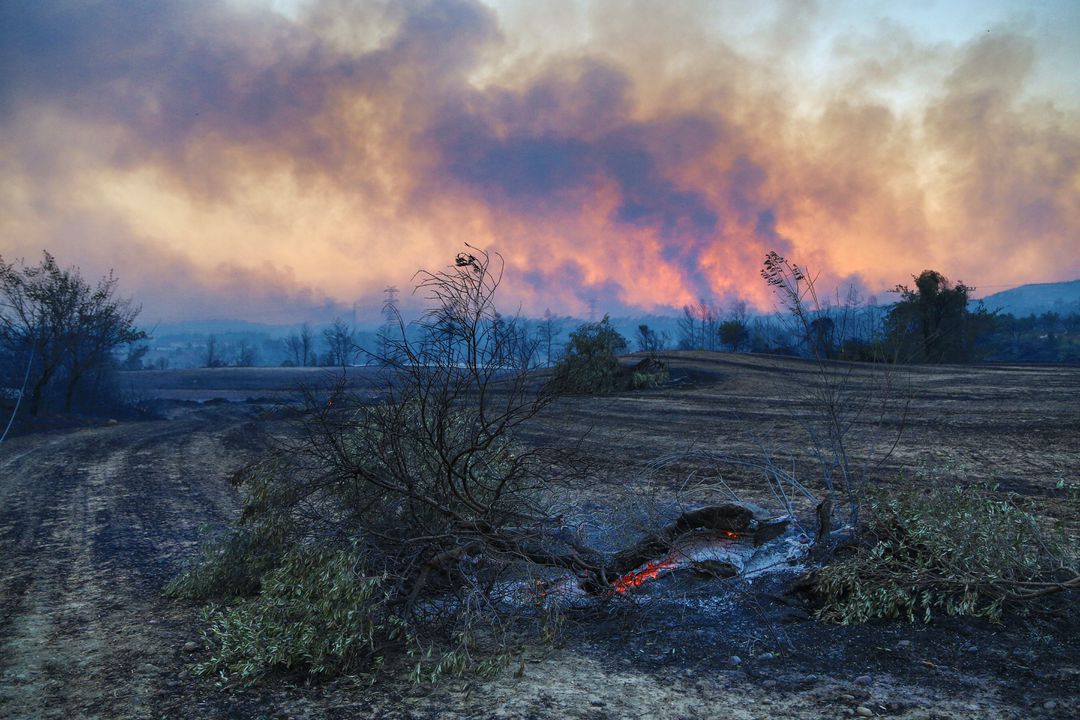 Oyogist has learned that more than 60 wildfires has erupted across 17 provinces in Turkey Mediterranean coast.

Three people died in a forest fire in southern Turkey yesterday where authorities were battling multiple blazes for a second day amid suspicions of arson, the country’s AFAD disaster agency and the agriculture minister said.

Dozens of villages as well as some hotels were evacuated, and television footage showed burnt buildings as people fled across fields.

firefighters were on the ground and in helicopters, trying to contain a blaze in Manavgat, 75 km (45 miles) east of the Mediterranean resort of Antalya.