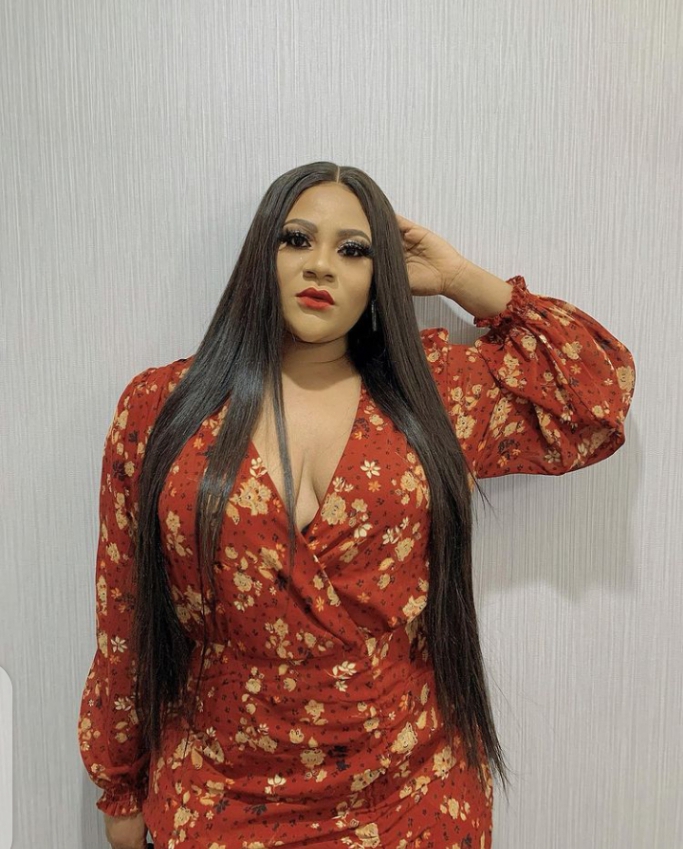 Actress Nkechi Blessing Sunday has claimed that her husband’s Dm is filled with messages from different girls even her so-called colleagues, Oyogist.com reports.

She made this known while reacting to Uriel Oputa’s post.

Uriel revealed that after she posted a picture of her ex-boyfriend, who is still her good friend, on Instagram that women trooped to his DM to send him messages, then begged him not to show her.

Actress, Nkechi, responded by telling Uriel that her husband constantly receives private messages from her fellow Nollywood actresses and they have no idea that she sees their messages to her husband.

“My dear my own husband DM is filled with even my so called colleagues🤣🤣🤣 they have no idea I have seen all….I just allow them wallow in their foolishness..Women? Tufiakwa”, She wrote.