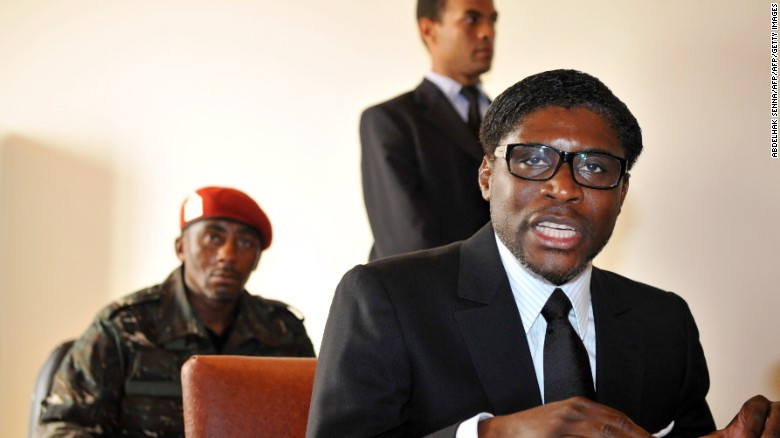 Oyogist has learned that the United Kingdom has issued fresh sanctions against Teodoro Obiang Mangue, the son of Equatorial Guinea’s president for using millions of dollars to acquire luxury mansions, private jets and a $275,000 glove worn by Michael Jackson.

UK Foreign Secretary Dominic Raab said Teodoro Obiang Mangue, who is also vice president of Equatorial Guinea, had participated in “corrupt contracting arrangements and soliciting bribes, to fund a lavish lifestyle inconsistent with his official salary as a government minister.”

“Obiang had bought a $100 million mansion in Paris, a $38 million private jet, a luxury yacht, and dozens of luxury vehicles including Ferraris, Bentleys and Aston Martins, and he also bought “a collection of Michael Jackson memorabilia including a $275,000 crystal-covered glove that the musician wore during his time, sources reveal.