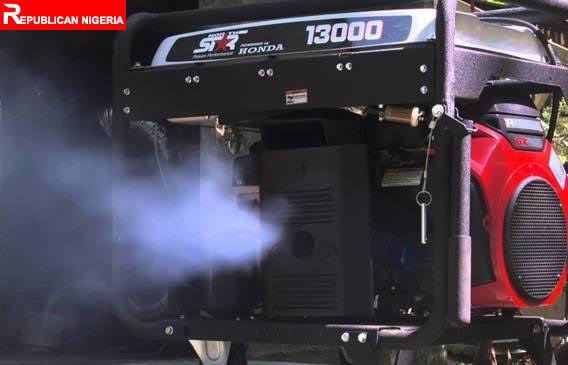 Oyogist.com has learned that a thick smoke from a generator set that was left working all night has reportedly killed 4 persons.

The victims reportedly came from Lagos to celebrate the Sallah festival before the tragic incident occurred and claimed their lives.

The generator set which was placed at the veranda close to the room the victims stayed, reportedly fumed strong and thick smoke into the room all night while the victims were asleep.

Consequently, the victims suffocated and died in their sleep.

“We discovered their lifeless bodies early this morning; the head of the house, his two wives and one of his children were all dead, a source disclosed.

“Two of the family members who were unconscious have been rushed to the hospital. Although they’re both in critical conditions, it is our prayer they survive,” the source added.

Their corpses have been deposited at the Offa General Hospital morgue.

The Two other victims said to be unconscious have also been rushed to the hospital for urgent medical attention.