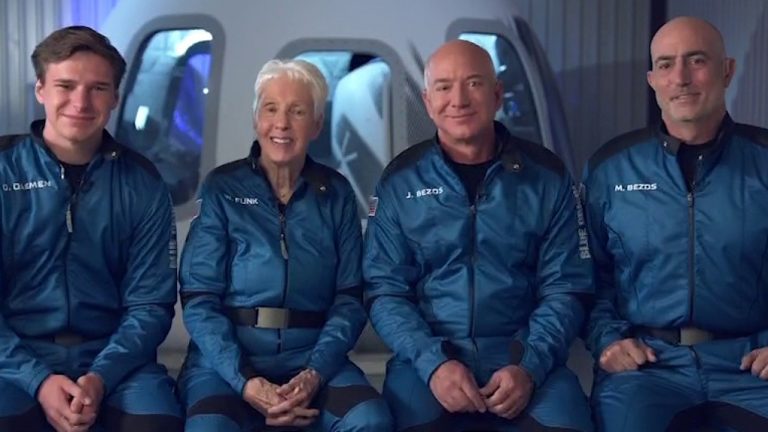 Oyogist has learned that Jeff Bezos, the world’s richest man, will bast off to space today From a base in Van Horn.

Bezos will Board his company Blue Origin’s New Shepard launch vehicle, as part of a history-making crew.

A typical New Shepard flight lasts no fewer than 11 minutes.

Bezos will fly from the desert site in West Texas on an 11-minute voyage to the edge of space nine days after Richard Branson, a British went aboard.

The billionaire CEO would embark on this journey alongside his brother and private equity executive Mark Bezos will be joined in the flight by two others.

I am excited, but not anxious. We’ll see how I feel when I’m strapped into my seat,” Bezos said
Jeff BezosSpace travel
Share
0
FacebookTwitterPinterestLinkedinRedditWhatsappTelegramViberEmail