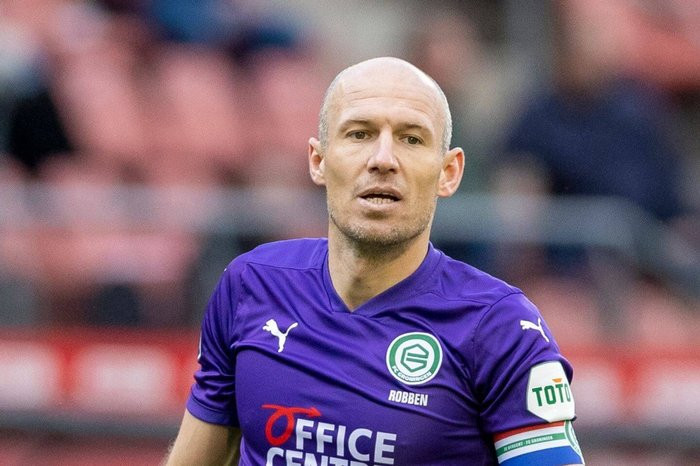 Oyogist has learned that Dutch player, Arjen Robben who has so far made over 300 appearances for Chelsea, Real Madrid, and Bayern Munich, has announced his exit from football.
The 37-year-old superstar struggled with series of injuries after coming out of retirement in 2020 and rejoining boyhood club Groningen in 2020.

He endured a seven-month absence last season after making his second debut. Robben also made 96 appearances for the Dutch national team and is the ninth-most capped Netherlands international.

Robben said in a statement to his fans;
“I have decided to stop my active football career. A year ago I announced my comeback as a FC Groningen player. I embarked on this adventure with great energy and enthusiasm. “I only had to deal with physical setbacks quite quickly, which prevented me from playing matches for a very long time. After a long road of trial and error I finally managed to play the last games of the season.
“Looking back on the past season, I have to come to the honest conclusion that the number of match minutes was disappointing.
“I knew in advance that this could happen, but I took up the challenge and gave everything to make it work. And not only me, everyone within the club and in my immediate environment has helped and supported me at all times.
He concluded.
Arjen Robben
Share
0
FacebookTwitterPinterestLinkedinRedditWhatsappTelegramViberEmail