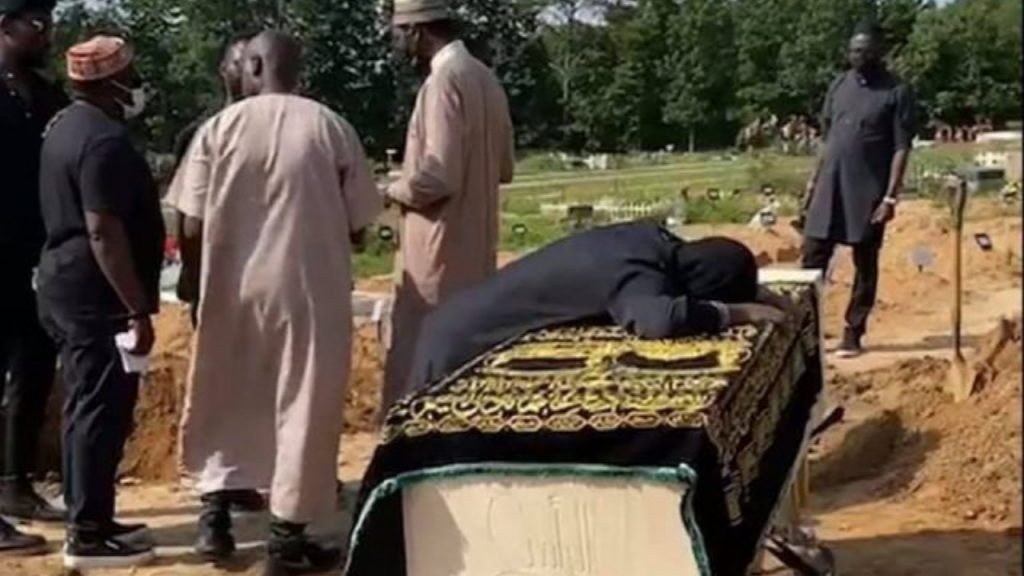 Oyogist.com has learned that Chichi Morah, wife of late Nigerian singer, Olanrewaju Ganiu Fasasi popularly known as Sound Sultan, has expressed deep sorrow over the sudden demise of her husband.

A family member, Dr. Kayode Fasasi, confirmed his death in a statement released on Sunday.

Following the development, he was buried on the same day at a cemetery in New Jersey, United States, according to Islamic rites.

The legendary singer was buried in the presence of his widow, family, and friends.

His wife, Chichi was seen lying on his coffin and wailing profusely.