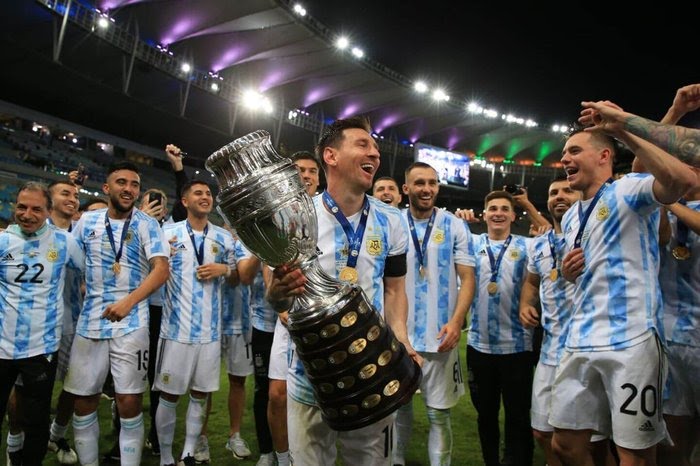 “If you knew the way that Messi played in the Copa America you would love him even more. You can never do without a player like him, even when he is not fully fit like in this game and the previous one.

“In the end he did not throw in the towel and he succeeded. We are talking about the best footballer of all time and everyone knew how important it was for him to win a title with the national team” he said Further.
On his relationship with Messi, he added: “It is different than the usual coach-player relationship. It is closer. We greet each other, we hug each other, and I am eternally grateful to him and his team mates.”
BarcelonaCopa Americamessi
Share
0
FacebookTwitterPinterestLinkedinRedditWhatsappTelegramViberEmail