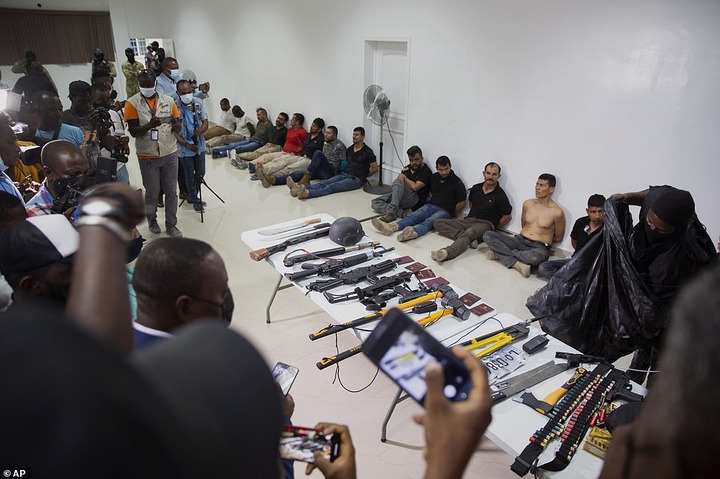 Oyogist has learned that Haitian authorities have arrested two US citizens and 17 alleged ‘foreign mercenaries’ over the assassination of President Jovenel Moïse.

James Solages, 35, and Joseph Vincent, both US citizens of Haitian descent, were arrested along with 15 Colombian nationals over Wednesday’s brazen raid on Moïse’s mansion in Port-au-Prince, according to Haitian police.

See identities of the suspect Below;

Actors Linda Ejiofor-Suleiman and her husband, Ibrahim share stunning photos of their son as they celebrate him on his 1st birthday