Armed bandits attack supermarket, cart away goods worth over N1M 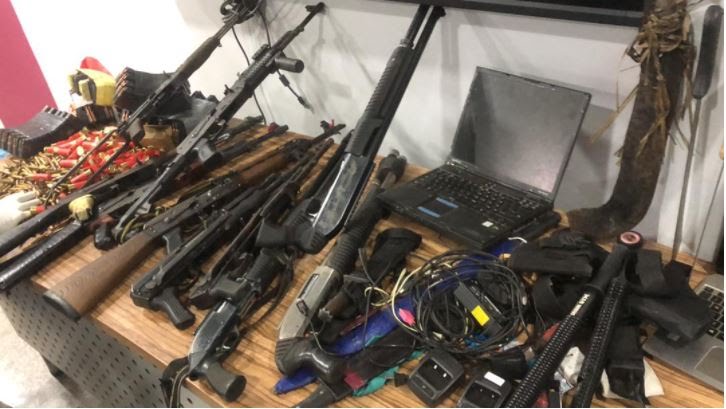 According to reports reaching Oyogist.com, Armed bandits have attacked a popular supermarket, Uzorbest Super-market Limited, at Onu Asata Junction of Enugu metropolis, carting away goods worth over N1million.

The Bandits about 15 in number, arrived at the Supermarket in three Toyota Hilux pick-up trucks at about 6 p.m. on Monday.

Further information gathered that the robbers carted away 18 bags of 50kg foreign and local rice, 10 bags of 10kg rice; 30 cartons of noodles and five bags of 20kg semolina.

The bandits also took away four giant cooking gas cylinders from another shop close to the supermarket.

It also been gathered that the Bandits shot sporadically into the air before leaving and no live was lost.

The state police spokesperson, Daniel Ndukwe, said he was yet to be briefed of the incident.
Armed BanditsbanditsDaniel NdukweEnugu stateUnknown GunmenUzorbest Super-market Limited
Share
0
FacebookTwitterPinterestLinkedinRedditWhatsappTelegramViberEmail