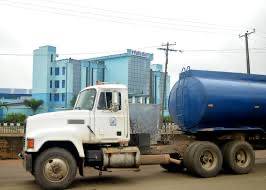 Oyogist has learned that not less than ten people were crushed to death by a tanker loaded with gas in Bode, Molete area of Ibadan, the Oyo state capital early Sunday morning.

According to eyewitness, the truck lost control around Idi-Arere and crashed into Bode market where it crushed more than ten people to death.

security agencies have stormed the market to evacuate the bodies of the victims.

“It just happened now. We have counted ten bodies on the floor already. It was a gas tanker that lost control at Idi-Arere and entered Bode market,” a Source told Oyogist.
Share
0
FacebookTwitterPinterestLinkedinRedditWhatsappTelegramViberEmail