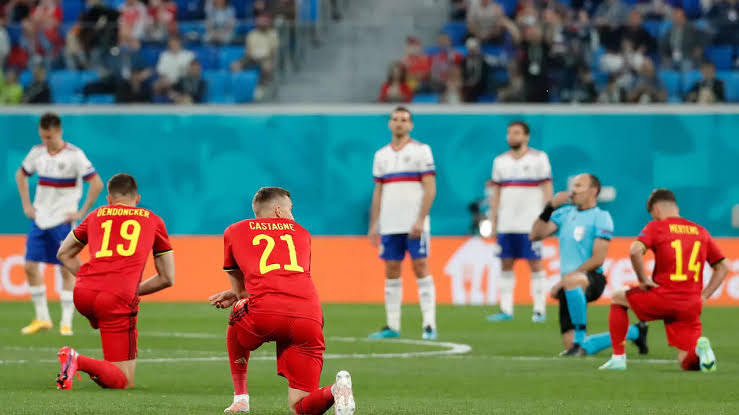 Oyogist has learned that the European football ruling body UEFA will support protests against racism at the Euro 2020 games.

“Any player or official” is allowed to do so, UEFA told dpa on Sunday after the match between Belgium and Russia .

The tradition of kneeling ahead of a sports event began

in 2016 as NFL quarterback Colin Kaepernick did so in the U.S. to protest against racism.“

*We urge spectators to show respect to players and teams who take the knee,” UEFA said, referring to its “zero tolerance” of racism.

“Everyone is allowed to stand up for equal rights, it said.

“Eriksen was gone, we managed to revive him” – Team doctor confirms cardiac arrest

‘He is nothing without African players’ – Senegal manager reacts to Jurgen Klopp’s AFCON...