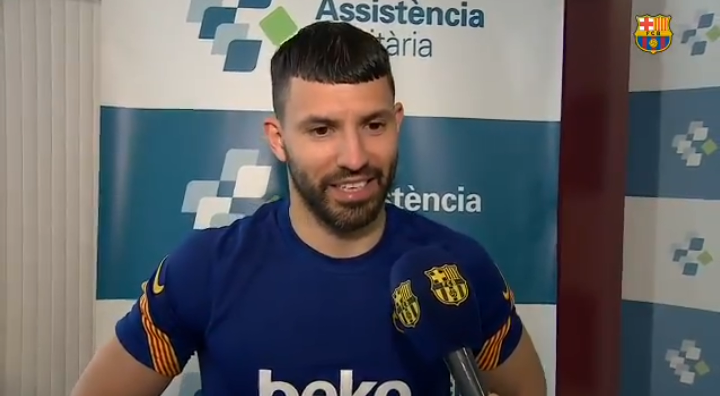 Aguero debuts in Barcelona on a free transfer following his departure from Manchester City.

Barca while confirming the recent development in a statement on their official website wrote:

“FC Barcelona and Sergio ‘Kun’ Aguero have reached an agreement for the player to join the Club from 1 July when his contract with Manchester City expires.
“The player will sign a contract until the end of the 2022-23 season and his buyout clause is set at 100 million euros.”
FC BarcelonaManchester CitySergio Aguero
Share
0
FacebookTwitterPinterestLinkedinRedditWhatsappTelegramViberEmail

“Your potential is gold hidden in you, dig to get it out” – BBNaija star, Alex Unusual instructs fans