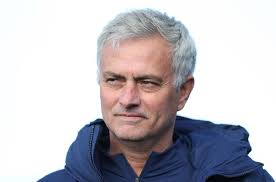 Oyogist.com has learned that former Tottenham Hotspur manager, Jose Mourinho has been appointed as new head coach for Roma till 2024.

Jose will replace head coach Paulo Fonseca, who will leave at the end of the season.

“We are delighted to announce an agreement has been reached with Jose Mourinho for him to become our new head coach ahead of the 2021-22 season.The former Tottenham, Chelsea, Manchester United and Real Madrid coach has signed until June 2024.
Jose MourinhosportsTottenham Hotspur
Share
0
FacebookTwitterPinterestLinkedinRedditWhatsappTelegramViberEmail