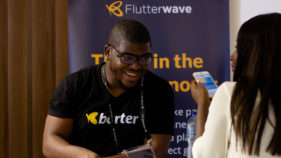 According to report reaching, African payments company Flutterwave announced that it has closed $170 million, valuing the company over $1 billion.

Launched in 2016 as a Nigerian and U.S.-based payments company with offices in Lagos and San Francisco, Flutterwave helps businesses build customizable payments applications through its APIs.

Flutterwave says more than 290,000 businesses use its platform to carry out payments. And according to the company’s statement, they can do so “in 150 currencies and multiple payment modes including local and international cards, mobile wallets, bank transfers, Barter by Flutterwave.”

Last year was a pivotal one for the five-year-old company. Its second investment came just in time before the COVID-19 pandemic hit Africa, negatively impacting some businesses but not payments companies like Flutterwave.

Agboola says his company grew more than 100% in revenue within the past year due to the pandemic without giving specifics on numbers. It also contributed to its compound annual growth rate (CAGR) of 226% from 2018.

According to the CEO, this growth resulted from an increase in activities in “COVID beneficiary sectors” — a term used by Flutterwave to describe sectors positively impacted by the pandemic. They include streaming, gaming, remittance and e-commerce, among others. Agboola adds that the company plans to ride on these sectors’ growth and continue in that trajectory.

The product, which went live across 15 African countries, helps over 20,000 merchants to create storefronts and sell their products online.