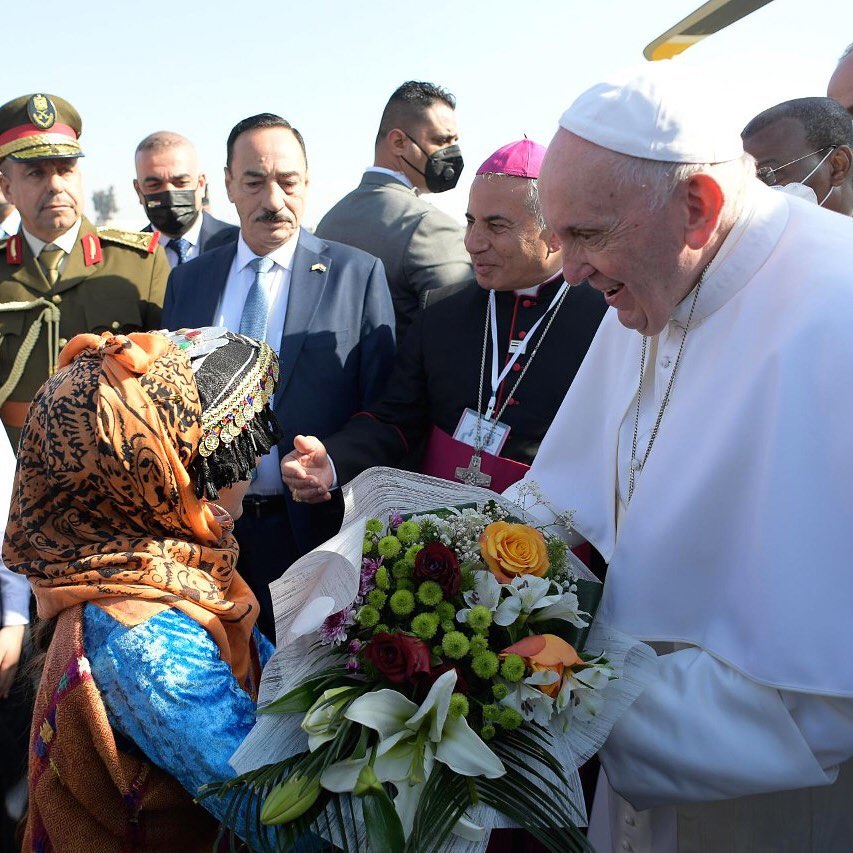 Oyogist.com has learnt that his holiness, Pope Francis has visited Iraq, a nation once held by Islamic militants (IS).

In his first phase of the visit, pope Francis met with Christians in Mosul, the former headquarters of IS, before organising a brief prayer on Sunday.

Pope Francis further assured the congregation during a Mass celebration at the Irbil stadium that Iraq would continually remain in his heart.

“Inn my time among you, I have heard voices of sorrow and loss, but also voices of hope and consolation,” he told those attending.