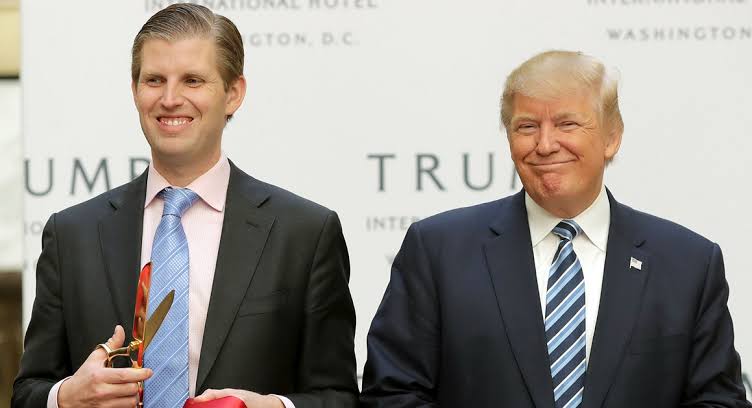 According to reports reaching Oyogist.com, Eric Trump, the son of Former US President, Donald Trump has narrated why over 75 Million Americans Still Love his father despite his current Impeachment status.

Eric, in a viral video trending online disclosed this in an interview with popular News reporters, Fox news, further outlining the reasons for his dad’s loss at the US Presidential Elections.

“There are 75million Americans who would follow [former President Trump] to the end of the earth. They love the man. They love what he stands for. They love that he was a fighter. That he carried that fight largely alone.”