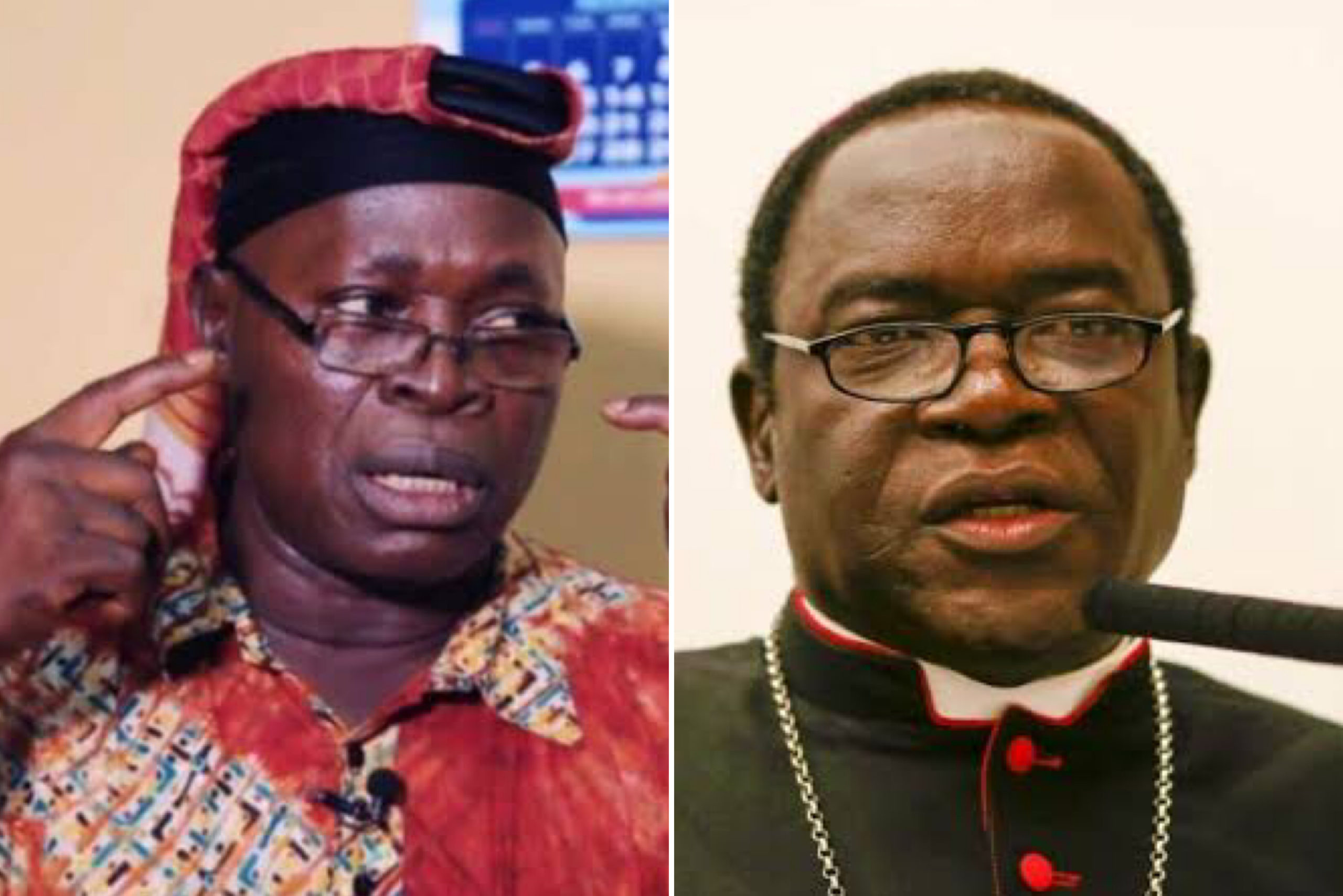 According to report reaching oyogist.com, the Muslim Rights Concern (MURIC), has reportedly called on the Federal Government to sack the Catholic Bishop of Sokoto Diocese, Matthew Kukah, as the Secretary of National Peace Committee (NPC), chaired by former Nigerian Head of State, General Abdulsalam Abubakar.

MURIC made this known in a statement issued and signed by its Executive Director, Prof. Ishaq Akintola, on Tuesday, while noting that the call for Kukah’s sack had become necessary due to his failure to show remorse over his controversial Christmas Day message.

The statement reads; “We have watched in utter consternation in the past four weeks as some groups added fuel to the flame in the Kukah controversy.

“Kukah himself added salt to injury by telling us that he did not know how or where he insulted Muslims. It means he is not ready to show remorse. Kukah will not recognise the dignity of his Muslim neighbour. He still believes that Muslims are there for him to push around and lampoon like school children.

“It must be a huge joke if the Federal Government or the NPC think this matter can be swept under the carpet or that it would soon be overtaken by events.

“We insist that this is not one of such issues that will just melt away like ice cream under the burning desert sun.

“Successive Nigerian governments have created a larger than life image for Bishop Kukah by giving him lofty positions, particularly in federal commissions and committees without any objection from Muslims. But Kukah failed to appreciate the grace of Nigerians, particularly that of Muslims who have always endorsed such appointments.

“Unfortunately, instead of a proper appraisal the bishop used every opportunity of his public profile to pour invectives on Muslims. The latter continued to tolerate him until his cup of ingratitude overflowed and spilled.

“They (Christian groups) have arrogantly endorsed Bishop Kukah’s incinerating Christmas statement instead of dousing tension. Neither has the National Peace Committee (NPC) helped matters with its silence.

“You can force a horse to the river, but you cannot force it to drink there. Mediation is a tripartite obligation. The two warring parties must be willing to come to the table. Both of them must also accept the mediator. A situation where one party has no confidence in the mediator necessitates bringing in a more credible person to mediate.

“NPC must scout around for a credible person to replace Kukah. We mean a non-controversial personality, not a politician and not necessarily a religious leader. NPC may also want to go further if it so desires by co-opting other middle-roaders and patriotic citizens.

“In case the NPC fails to act, Nigerian Muslims are hereby reminded that it is their Allah-given fundamental human right to boycott (or stage a walkout from) any event in which Bishop Mathew Hasan Kukah is involved either as the chairman, secretary, member, guest or speaker.

“It was Edmund Burke who said, ‘All that is necessary for the triumph of evil is that good men do nothing’ and Abraham Lincoln complemented him by adding, ‘To sin by silence when they should protest makes cowards of men’. Muslims must liberate themselves from Kukah’s grip, if the NPC and the federal government refuse to tame him,” MURIC stated.