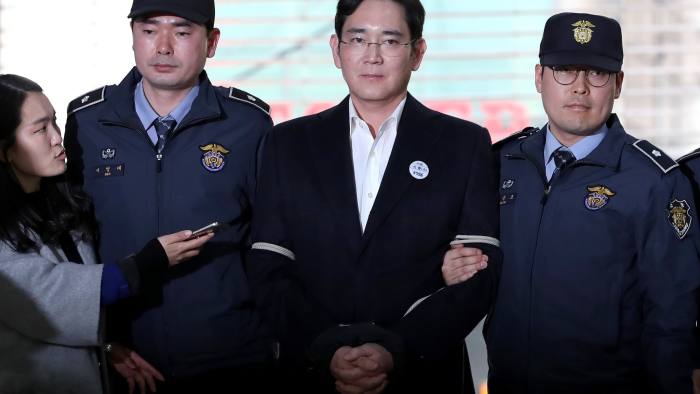 According to report reaching oyogist.com, the de facto Chief of South Korea’s tech giant, Samsung, Lee Jae-yong, has reportedly been sentenced to two and a half years 2½ years imprisonment by a South Korean court after being found guilty of a sprawling corruption scandal.

Lee Jae-yong, was found guilty of the corruption charges leveled against him, ranging from bribery and embezzlement after a court ruling on Monday 18th January, 2021. He was therefore sentenced to 2½ years imprisonment, a sentence which automatically strips him off his top decision making rank in the company.