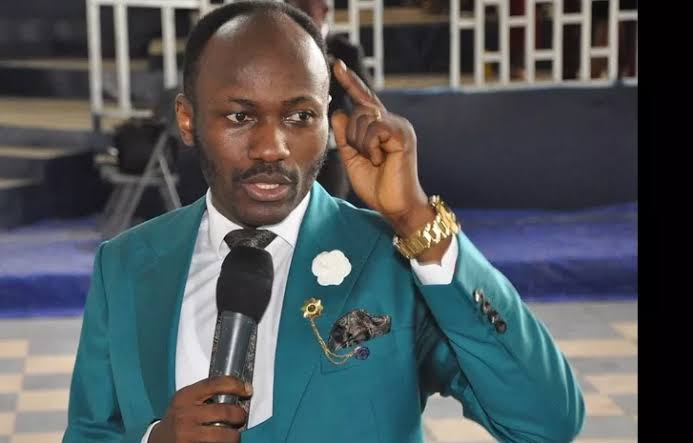 Oyogist.com has learnt that General Overseer of the Omega Fire Ministries International, Apostle Johnson Suleman, while prophesying over the year, revealed that Nigerian next president would not come from the north.

Apostle Suleman further stated that this year, the Nigerian vice-president would become the president.“I saw power leaving the North. The Lord told me audibly that number two will become number one. It is a prophecy. Nigeria will not break (up). Nigeria will not divide.

There will be no war in this country,” Suleman said.
“In 2012, not even an election year, I said I saw a new president. I said thus saith the Lord, Jonathan, go home. Remember, the Lord says you are the last PDP (Peoples Democratic Party) president. The Lord says go home.
“This one that is coming, six months, there will be no cabinet ministers, come and see insults. That Apostle Suleman, we have to check his degree, we are not sure he went to school. (This is coming) from the Senate. How can somebody be president and not have ministers? The man entered, and six months no ministers. When it happened, nobody called back to say he said so, they kept quiet.”
“Now, I am saying this again to you. This is what the Lord told me. This country will shake. I speak in a parable. I said something during the independence (anniversary). I repeat it again. You will see what will happen. This country will shake. That’s what God told me.
“What’s today? I’m calling the date so that you won’t say it happened before he said it. 6:35 pm, December 30, 2020. Note it! The Lord told me audibly that number two will become number one.” The cleric said.
Apostle SulemanOmega fire ministryVice president
Share
0
FacebookTwitterPinterestLinkedinRedditWhatsappTelegramViberEmail