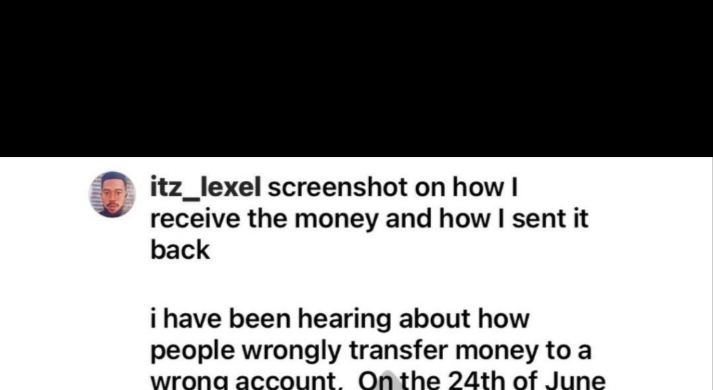 A young Nigerian has melted hearts after he returned a whopping 515 000 naira wrongly paid into his GT bank account, Oyogist reports.

In a Facebook post, the man, @itzlexel revealed that on the 24th of June he received the money to his account, a day after his birthday.

Going further, he stated that after severe consultations with his wife, she advised him to return the money back to the rightful owner.

With so many bills to settle, he decided to follow his wife’s instruction, and alerted his bank on the transaction earlier today.

TRAGIC! Jealous Friend Poisons Her Bestie to death after she gained scholarship to study outside Nigeria