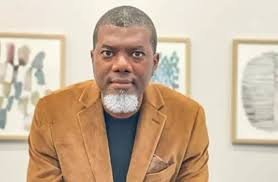 The controversial activist in a post on his official Instagram handle called for immediate arrest and persecution of the culprits, stating that it is important for those who live by thuggery to end thuggery before thuggery ends them.

Going further, Reno admitted that the eyes of most Nigerian youths are red and any attempt to rig the 2023 elections may be the end of anyone who tries it.