Copyright 2021 - All Right Reserved
Home Entertainment Comedian, Oga Sabinus Tackles Fan Who Advised Him To Sensitise Nigerians On The Importance Of PVC’s in His Skits
EntertainmentPeople

Comedian, Oga Sabinus Tackles Fan Who Advised Him To Sensitise Nigerians On The Importance Of PVC’s in His Skits 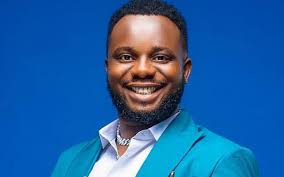 Popular Nigerian comedian and skit maker, Oga sabinus aka Mr funny has tackled a fan who urged him to use his platform to sensitize on the need for Nigerians to get their permanent voters card.

It all started when the skit maker shared a post on his official Facebook page, as he hinted on recieving another award in few days.

Reacting, the fan took to the comment section, as he urged the comedian to do skits that would emphasise on PVC sensitisation.

Replying, sabinus wrote;”No be You go tell me wetin to do.

Recall a Nigerian businesswoman had called out Sabinus, for allegedly putting out an unauthorised advert.

The entrepreneur, who identified herself as Mma, poured out her anger on Sabinus in a video uploaded by Bobrisky.

NMA claimed said she requested an advert from Sabinus and paid “millions” for it.

However, she accused sabinus of going against their initial agreement.

Journalist, David Hundeyin Reveals Actual Reason Why He Stopped Working As a Reporter For Channels TV