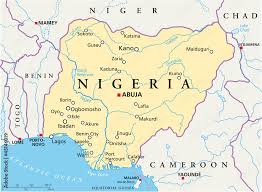 Some economic analysts have predicted that Nigeria’s Gross Domestic Product (GDP) which is currently at 0.81 under the present Pres. Muhammadu Buhari’s Administration may fall to 0 before next year, Oyogist reports.

It is worth noting that over the past few years, the economy of Nigeria has declined rapidly, as the country has seen a very minor increase in the production of goods and services from one period to the next.

Fast forward to 2015, under the administration of former president Goodluck Ebele Jonathan, the country’s GDP was still standing at 4.81 percent.

It is noteworthy that the four main factors of economic growth are land, labor, capital, and entrepreneurship.

Therefore If businesses in Nigeria can improve the efficiency of the factors of production, it stands to reason that they can increase production and create higher quality goods at lower prices.

Any increase in production leads to economic growth as measured by GDP.