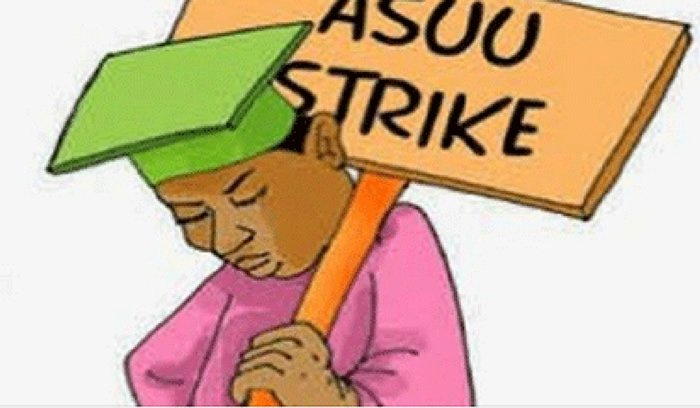 Oyogist has learned that the Edo State Government at its State Executive Council meeting, on Wednesday, suspended all union activities across all state-owned institutions of higher learning.

This is Following the protest by students of Ambrose Alli University, Ekpoma, over the lingering strike by the Academic Staff Union of Universities.

In a statement made available to The PUNCH, the Special Adviser on Media Projects to the Edo State Governor, Godwin Obaseki, it was gathered that the Secretary to the State Government, Osarodion Ogie, said the affected unions include ASUU, Non-Academic Staff of Universities, Senior Staff Association of Nigeria Universities, Academic Staff Union of Polytechnics, Non-Academic Staff Union of Polytechnics, and all allied unions operating across all state-owned tertiary institutions.

Ogie noted, “By this notice, academic activities are to resume in all state-owned institutions and all cadre of staff are directed to report to their duty posts immediately.

“Students across all state-owned tertiary institutions are expected to resume for lectures as necessary measures have been taken to ensure resumption of academic and non-academic activities.”

He added, “Management of the affected institutions have been mandated to pay all outstanding salaries immediately.

“The management of Ambrose Alli University, Ekpoma, is hereby directed to implement a no-work-no-pay policy, declare vacant and advertise the position of any staff that refuses to resume work in line with this directive.”

‘What I Ordered Vs What I Got: Nigerian lady Lambasts Tailor for Delivering Poorly Made Dress (PHOTOS)