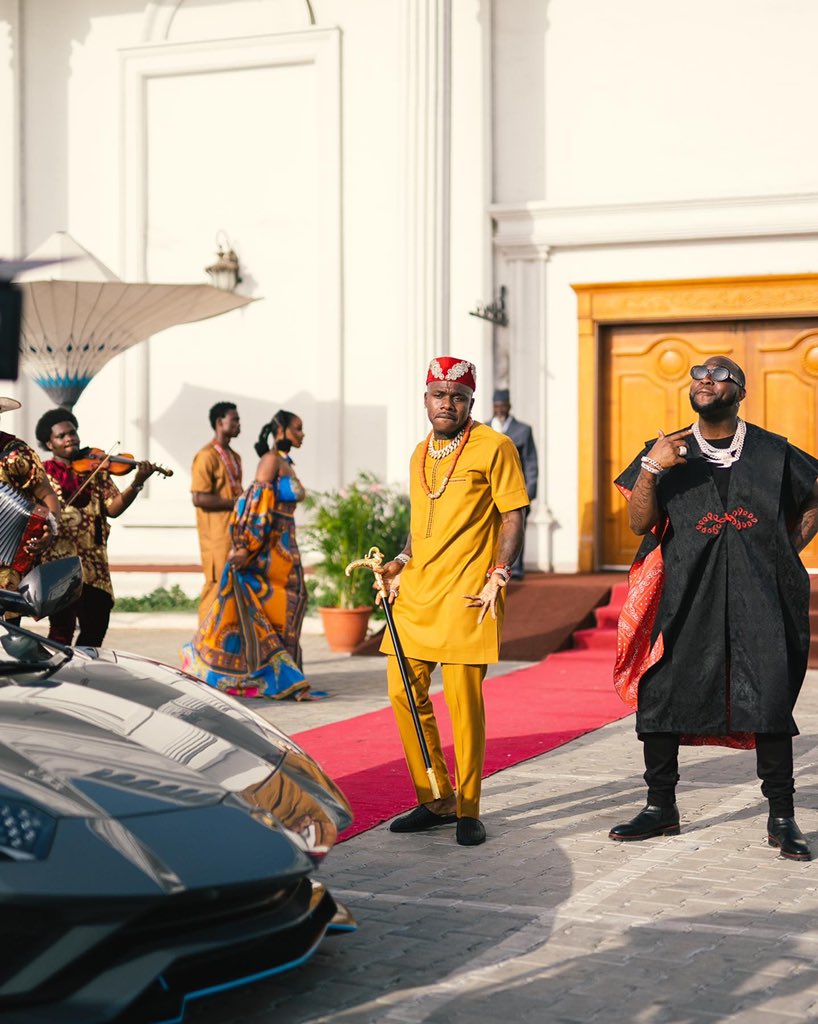 International rapper, Dababy and Davido has left the internet ablaze with photos of them in native African attire, Oyogist reports.

Davido who shared the photos few minutes ago on his official Twitter page captioned;

See Photos of Davido and Dababy in African Attires Below;

Upon his arrival, The American had disclosed that he and his crew members forgot their bags in the US hence the need to get new stuff.

He flaunted dollar notes at the store as he got new designer apparels, which he obviously took back home.