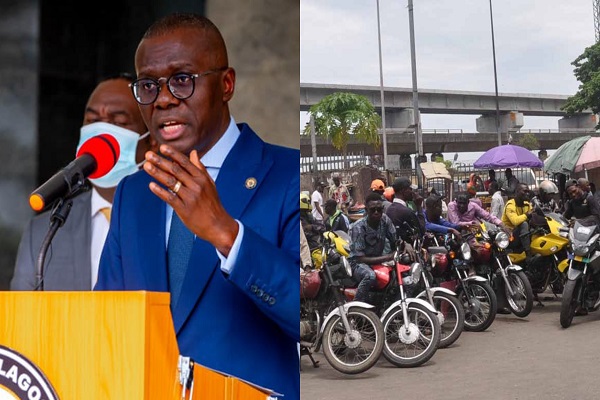 Oyogist has learned that Lagos Governor, Babajide Sanwo-Olu has banned the operations of commercial motorcycles aka Okada in six Local Governments.

The Governor announced the ban is “indefinite and total” during a meeting with Police Chiefs in Lagos.

This is coming few days after some Okada riders allegedly stabbed and burnt a sound engineer, David Imoh over N100 last Thursday on Admiralty way in Lekki, Lagos.

Sanwo-Olu asked the Lagos Police Command and other security agencies to enforce the ban.