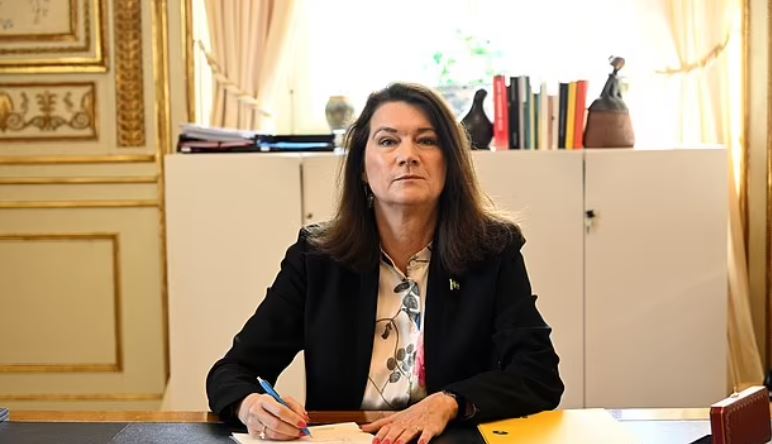 Oyogist has learned that Sweden has officially signed application to join NATO. Finland is expected to follow Sweden with a formal NATO application in the coming days.

According to Dailymail, the Russian president Vladimir Putin has also reacted.

The report stated that Putin said he sees ‘no problem’ with Nordic neighbours Finland and Sweden joining NATO, mere hours before Sweden’s foreign minister formally signed her nation’s application to the security bloc.

Putin, Russia’s paramount leader since 1999, has repeatedly pointed to the post-Soviet enlargement of NATO toward Russia’s borders as a key driver behind his war in Ukraine.

But in a stunning declaration yesterday, the strongman abandoned his regime’s typical sabre-rattling approach and instead offered a dramatically softened stance in the face of the biggest strategic consequence of the invasion to date.

‘As to enlargement, Russia has no problem with these states – none. And so in this sense there is no immediate threat to Russia from an expansion (of NATO) to include these countries,’ Putin told the leaders of the CSTO – a Russian-dominated security alliance of former Soviet states.

The Kremlin chief’s remarkably serene response to one of Russia’s most sensitive geopolitical worries comes as a stark contrast to the hardline rhetoric parroted by his foreign ministry and senior allies.

Minutes before Putin spoke, Russian Deputy Foreign Minister Sergei Ryabkov said the West should have no illusions that Moscow would simply put up with the Nordic expansion of NATO.

And a Russian state TV commentator said as recently as Sunday: ‘When NATO bases appear in Sweden & Finland, Russia will have no choice but to neutralise the imbalance & new threat by deploying tactical nuclear weapons.’

Lavrov, who has for months been the Kremlin’s leading mouthpiece threatening retaliation for any NATO expansion, declared earlier today that it made ‘no real difference’ if the Nordic countries joined the western security bloc.

Finland is expected to follow Sweden with a formal NATO application in the coming days.