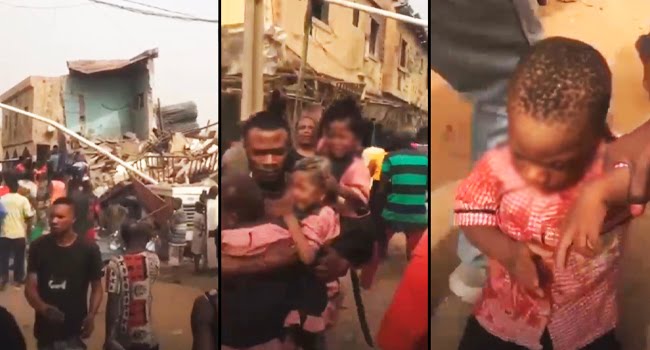 Oyogist has learned that an explosion has occured on Aba Road in the Sabon Gari area of Kano State which left Many school children are feared dead.Details of the blast are still sketchy.

However, visuals from the scene showed that many buildings, one of which is suspected to house a primary school, were affected.

One of the videos that surfaced online also showed injured schoolchildren being moved from the scene of the incident.

Parents were also searching for their children.