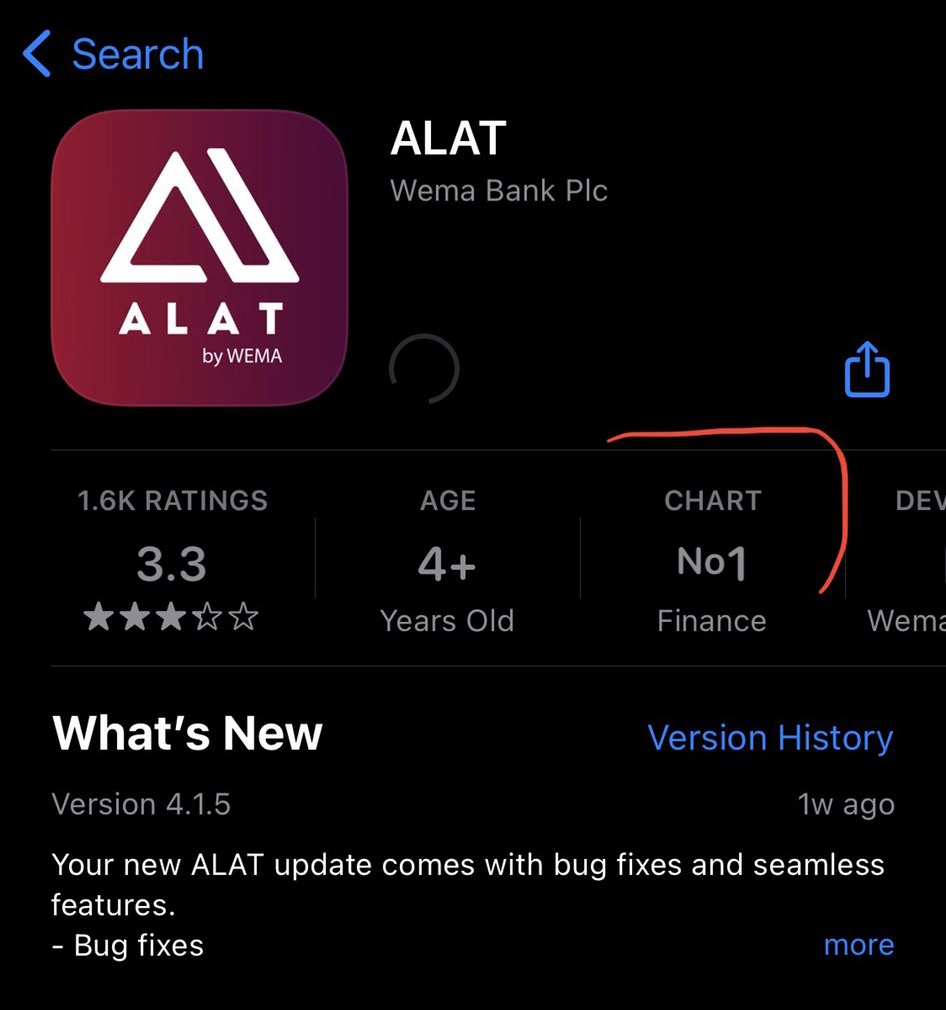 Recall few hours ago, the ‘Fall’ cronner promised to fund 10 Newly registered users on wema with N100,000 each.

He wrote;”Stepping up to 600k accounts, thanks people, let’s keep the energy up. 100k each for the next 10people to open accounts. We’re almost there. Naija to the world #AlatAt5

“To win you have to:1. Tweet screenshot of your opened ALAT bank app showing name and account number at me (can block out your Accnt balances etc). 2. Also follow & tag @alat_ng and use the #AlatAt5 hashtag in the tweet!Let’s go!

Less than three hours after he made the tweet, over 400k Nigerians reportedly joined the platform.

However, few hours ago a Twitter user disclosed that wema bank now charts No1 in finance for the first time ever in App store.