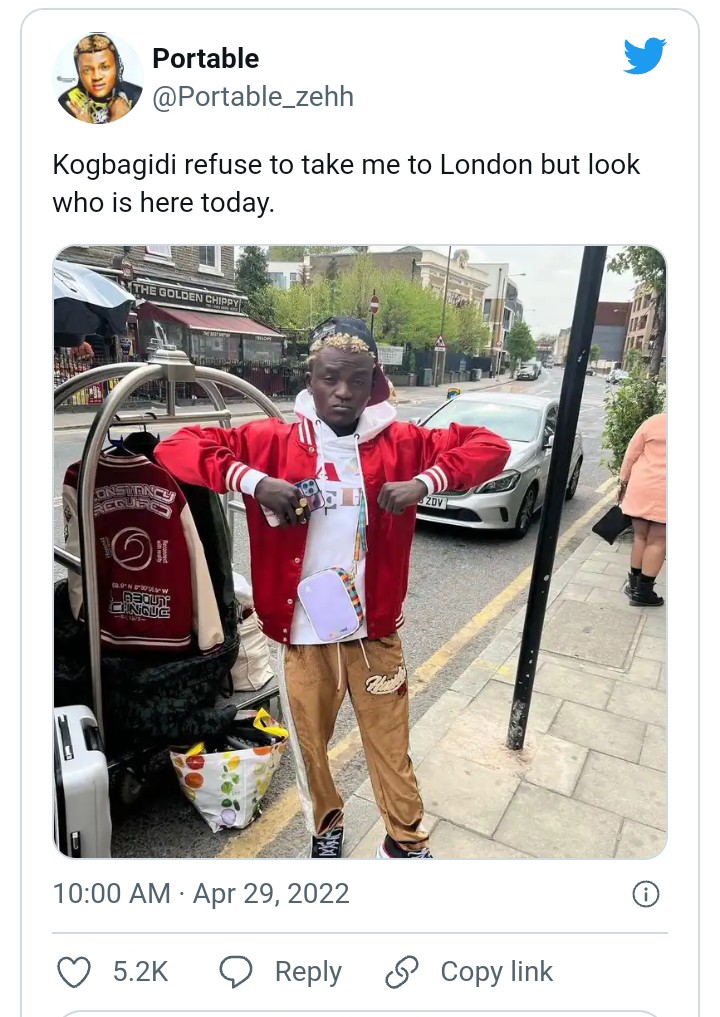 Singer, Habeeb Okikiola, popularly known as Portable, has knocked his former promoter, Quadri Taoreed, aka Kogbagidi, for his alleged refusal to process a trip for him to the United Kingdom.

After arriving in the UK, Portable took to his Instagram page to share photos and videos of himself and the socialite at the airport. The Zazuu crooner also revealed that he’ll be performing in three cities, while in the UK.

But in a tweet on his Twitter handle on Friday, the singer berated his former promoter for his failure to ensure a London trip come to fruition while their business relationship lasted.“Kogbagidi refuse to take me to London but look who is here today,” Portable wrote as a caption to a photo of himself on a London street on Friday.