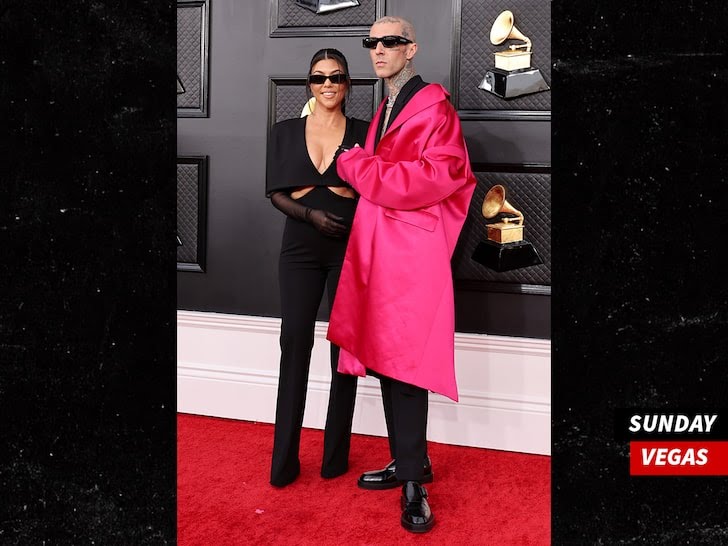 Kourtney Kardashian and Travis Barker have reportedly gotten married hours after the movie star performed live at the Grammys.

The duo called for strict regulations at their wedding venue as they didn’t allow guests to take photos, Oyogist reports.

Sources while speaking to reporters said they had a marriage license and presented it to the chapel’s owner, who was also a witness.

Over the past few months, Kourtney and Travis haven’t been shy about their whirlwind romance … as they had gone on several make-out sessions on the beach, at Disneyland, in front of the Eiffel Tower, on the Venice canals and in New York City … just to name a few.