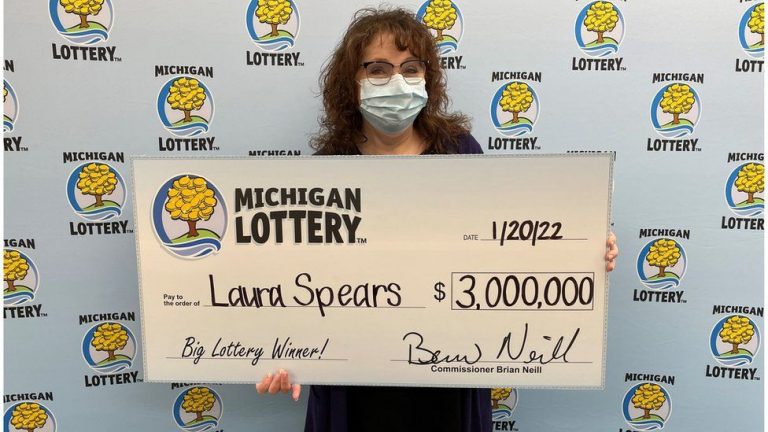 Oyogist has learned that a woman in the United States Identified as Laura Spears has won a whopping $3m (£2.2m) lottery after discovering her ticket in her spam folder email.

Spears, 55, from Michigan, had purchased a Mega Millions ticket online from the state lottery after she saw the jackpot climbing into the hundreds of millions.

“A few days later, I was looking for a missing email from someone, so I checked the spam folder in my email account,” she told lottery officials.

“That’s when I saw an email from the lottery saying I had won a prize.”

“I couldn’t believe what I was reading, so I logged in to my lottery account to confirm the message in the email,” she said, calling the win “shocking”.

Spears says she now plans to retire early, and to monitor her emails more closely in the future.

“I definitely added the Michigan Lottery to my safe senders list just in case I ever get lucky enough to receive another email about a huge prize,” she said.

Recall Earlier in 2018, a winner of a lottery in South Carolina walked away with a record $1.6bn Mega Millions win.